Initially conceptualized by ten Qatari businessmen in1989, Al-Ahli Hospital was sketched as a 100-bed profit-based hospital to specialize in Pediatrics, Obstetrics and Gynecology. After a year of project envisage, this motivated private group of shareholders approached his highness the Emir Sheikh khalifa Bin Hamad Al-Thani for his assistance; and in 1990 several hectares of land located in Ahmed Bin Ali street (its present location) was awarded to them by the government of Qatar conditional to building a new healthcare facility.

On the 17th of December 1995, an official Emir Decree was issued from the office of his highness the Emir Sheikh Hamad Bin khalifa Al-Thaniannouncing Al-Ahli Hospital Company (now called Medicare group Q.S.C) as a public shareholding company.Strengthened by the support of His Highness the Emir, this healthcare project attracted other private individuals to participate as shareholders. The original ten initiators grew to about one hundred founding members, and a foundingcommittee was elected in 1996 with the Chairmanship of Mr. Abdul Rahman Eisa Al-Manaai. The founding committee revisited the project plan and finally decided to build a 250-bed private general hospital that would provide five-star healthcare services in a relaxing environment, a hospital that would make you feel like you are in a luxurious hotel.With the election of the new Board of directors (Chairmanship of Sheikh Thani Bin Abdullah Al-Thani) in 2001, the syndicated loan which the Board obtained from the banks to build Al-Ahli Hospital was converted to an Islamic financing facility in order to make it Sharia’a compliant and be in accordance with the Article of Association for the company. The company then went ahead and repaid the total amount of the loan from new rights issue and Al-Ahli became debt-free for the first time and fully owned by its investors in the year 2006. The Hospital was finally finished on 1st of January 2004 and officially opened its services to the public in November, 2004.

Our vision is to create Al-Ahli Hospital as a holistic embodiment of Love.

To assiduously manifest “Love” in the provision of Al-Ahli Hospital's rendered services to the public at large with adherence to the highest pinnacle values of excellence, integrity, honesty and transparency.This is in conjunction with adherence to the highest international standards for the provision of health and medical services, and with the assurance of the provision in a manner deserved by all human begins as carriers of the seeds of God.The bedrock of Al-Ahli Hospital's mission is to be solidly grounded in the World Health Organization's definition of health: a state of complete physical, mental and social well-being and not merely the absence of disease or infirmity. It is a source of everyday life, not the objective of living. It is a positive concept emphasizing social and personal resources, as well as physical capacities. Please visit our website for more information. 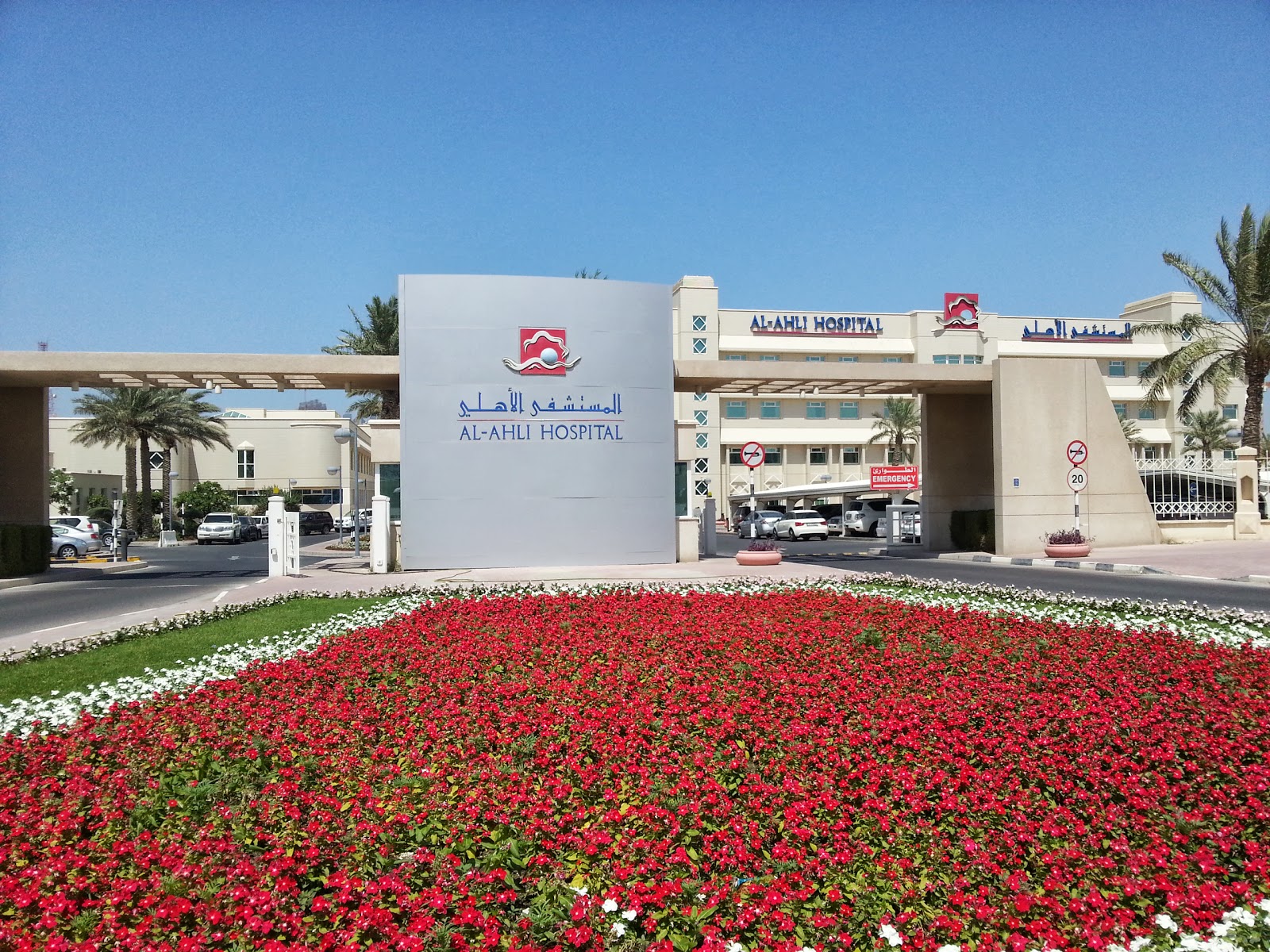