DOHA AND ITS SURROUNDINGS

I'm having great difficulty finding a decent Doha map on the Web. I've tried many sites, but to no avail, most of them don't show full City limits, but just the ring roads, very sketchy, very small in scale, sometimes in black and white, unclear, etc. Does anyone know of a good website that shows the entire City and names its neighborhoods? Thank you!

Also, would it be possible, for one of our housing gurus to take a minute and rank the neighborhoods such as; West Bay, Khalifa, Mansoura, Old airport, Museum, Green Park, al Rawda, Markhiyah, Duhail and many others, as:

Your comments would be considered as personal opinions, of course.

Many thanks for your responses.

I Really Loved this post. This is very infomative Post. Keep updated More, are you interest to

By CurrentAffairsMagazine_com• 1 year 4 days ago.

By CurrentAffairsMagazine_com• 1 year 4 days ago.

By CurrentAffairsMagazine_com• 1 year 2 weeks ago.

Really nice sharing, I search many time this type of post. Thanks for sharing, are you interest to

By ffkaldane• 4 years 2 weeks ago.

whoa... Its been years for this post. I remember the time when I used to navigate the country in my N70 and Nokia 3650. Would spend about 5-10 riyals only for the net.

Waze is the way today.

By Shaheer Taj• 5 years 6 months ago.

Use maps.me app in mobile phone

My office was in Navigation Plaza. QP and Occidental Petroleum offices are located in this building. This building is located 200 meters from Toyota showroom on C ring road.

There are many new and luxury building and residential apartments in this area very close to Navigation Plaza.

However, its an old area with mix population of labour and middle class Bachelors & families.

It has an commercial hub with road infrastructure work going on in this area since last one year.

On the subject of street names, it's a relatively new thing in Doha.

In the past, we referred to specific places.

Bread street was well known as was Electricity Street. Mazda roundabout (the roundabout under Jaidah Flyover) was the old location of the Mazda Showroom.

Jasper Carrot commented that he had seen skeletons driving round looking for places.

The traffic light at the Ramada were at one time a roundabout, full of trees that were host to migrating parakeets. The trees were chopped down as the y were considered a security threat and the roundabout became known as "Polygon" roundabout.

There was another roundabout on the "D" ring road (the one leading to new Al-Sudan) that was known as "Jump Jet Roundabout" because during it's construction, it was unmarked and cars hit the curbs and literally "jumped" into the air. The same roundabout was also known as "Stinky" roundabout because of the smell from the nearby sewage tower.

Give it time and it will be sorted out ;)

You can try the following webpage - http://www.gisqatar.org.qa/exploreEn/

If you play around with it for a while, you can get very useful maps with pointers to landmarks or services like schools, hospitals etc.

Also for a overview: http://www.explore-qatar.com/maps.html

I bought a 39 riyal map of Doha (the map is says it is Made in UK) from a shop. After trying to use the map I thought my money went down the drain. The map has no proper street names, missing round abouts, gas stations in wrong places...

Thanx Ayman for the info.

But i'm not happy with the area names that you mentioned.

I will have to check it out on a map now, if i can.

I wonder if the "Caravan" have an updated map. They need it for their deliveries.

Is it easy for you to know, in which neighborhood (or area),the following office bldg is located: "at C RING ROAD at NAVIGATION PLAZA".

Would you also know pls, if there are good residential areas near-by, at short distance.

Thank you very much for your help.

Thank you very much Ayman !

May Allah give you patience.

You are most welcome Moudir :)

Some areas could have more than one rank (up or down).

Feel free to ask any other questions.

Can you shed a light on the issue of neighborhood ranking (second half of my original post).

I am sure you can type your response, eyes closed. Thank you.

No AusM, i don't live there yet. But i understand what you're saying. I was looking for something that shows the relative location of neighborhoods that carry a name, i.e. West Bay,etc., vis a vis landmarks, such as the Corniche, the airport, etc. without showing necessarily every secondary street name...

Do you actually live in Doha? The reason there is no map is that everything is changing so rapidly, with new road systems and old roads being ripped up, or closed down permanently. They use to update the map regularly but have stopped until a couple of months before the Asian Games in which they will print one then.

Thank you seeann for the info, but i'm not in Doha yet.

My post was to find something on the net while you're still away from Qatar.

Just go to city centre like carrour or to any big supermarket, they will sell the whole map of Qatar and blow out map of the city Doha

should be good enough to travel around.

Thank you all for your responses.

But seriously Qatari, you wanna put Doha on the 'map' and you have no 'maps'? You wanna hold International Games and help the people move around efficiently? I think this could be another topic for the 'Handbook'. Could lilipink help you in this? I will negotiate my finder's fee later in the process...

You know, people are used to consulting documents before going to a new place, to have a feel of the environment... where the airport is located... how far the downtown core is... where the suburbs are..., would you get the morning sunshine or the afternoon sun...lol, etc.

I found http://maporama.com to be useful...

However, without a pop-up blocker, it is quite annoying...

By getinandstayin• 15 years 11 months ago.

Ironically, the best map i have ever seen of qatar was one a colleague bought in the UAE. Its quite detailed and unfolded its about a square metre in size. ill try and find out who publishes it and post the name here.

I do not think you will find a current map of Qatar as most of the buildings are being demolished, new ones constructed and then some one gets a hair up their a... and then that is demolished as well. The same applies to streets. Only the Ring roads survive.

It may be sometime (like 5 years) before there will be a map of qatar.

Sorry, as far as I'm aware, all maps of Doha are useless. I use the one in Marhaba, but it only shows big roads and landmarks.

Museum: Upper. Next to corniche. nice.

Not too sure about the rest... 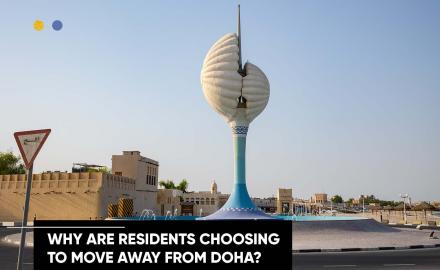 Why are Residents Choosing to Move Away from Doha? 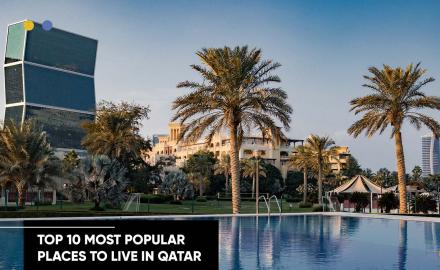 Top Ten Most Popular Places To Live In Qatar

Why we love Aspire Park!