Museum of Islamic Art in Qatar

This Saturday 22nd November is the opening party for the Museum of Islamic Art (have any QLers been invited?), and on the 1st December it will finally throw open its doors to the public.

The art world is getting excited, and I think the museum is something Qatar should be very proud of, despite the issues and delays encountered during its construction.

Even if you're not an art fan you wont want to pass up the chance to visit the museum. It's not everyday something like this opens on your doorstep so make the most of the opportunity.

The following article gives an insight into what you can expect. I've only posted the first few paragraphs but please follow the link at the end to read the rest as it's very interesting.

As global art sales fall, a $300 million museum is set to open in the Gulf state of Qatar. An inside look at what the institution backers want to make into the Met of the Middle East.

Next week, the art world will descend on the tiny Gulf country of Qatar to see the museum that oil and gas built.

Qatar's emir, Sheikh Hamad Bin Khalifa Al-Thani, has given only a few people a peek into his country's first major art institution, the I.M. Pei-designed Museum of Islamic Art. Now, with the financial crisis and falling art sales dampening the global mood, the $300 million-plus museum's Nov. 22 opening party is turning into a major event of the art season. Some 1,000 major collectors and museum directors, including the Metropolitan Museum of Art's Philippe de Montebello, are flying in for the occasion. Many are also getting booked into the city's fleet of new hotels for free. 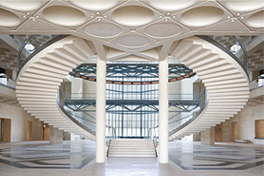 The museum is hard to miss, sprouting from an artificial island in the Persian Gulf located just off the sandy shore of Doha, the capital city. The architect Mr. Pei, inspired by the geometric forms of a 13th-century fountain at a mosque in Cairo, shaped the five-story museum like a staggered set of creamy building blocks, each cube adjusted just enough to catch a triangle of harsh light or deep shadow.

Visitors can reach it by boat -- there is a dock for dhows, an Arabian-style fishing vessel made of wood -- or by traveling a palm-lined path and crossing a small bridge.

Inside, the dimly lit atrium feels like a futuristic temple. A pair of crescent-shaped staircases rises to a mezzanine level, while smooth stone walls shoot even higher to a dome whose metallic interior is crowned by an oculus.

Islamic art, the museum's focus, is traditionally defined as decorative or sacred items made in Muslim-ruled territories from the rise of the faith in the early 600s through the collapse of the Ottoman empire in the early 1900s. Its iconic objects and buildings, such as the Blue Mosque in Istanbul, feature a riot of geometric patterns, interwoven botanical shapes, or carefully wrought calligraphy. Portraits were not incorporated into religious artworks since the Islamic faith feared their use as idols, but faces and animals popped up in books, jewelry, ceramics and carpets in Muslim homes from Spain to India.


Follow the link to read the rest;
Source: The Wall Street Journal

does any one know if they have art classes there in the museum?

Thank you very much, Genesis :)

//It's also stated therein that there's a library on the 1st floor of the Education Wing.

the web site is up now:

Everything happens for a

Any passes i can get for the opening ceremony on 22 nov, please.

tomorrow night, gypsy and pm....you're right pm...the invitation is quite unique and worth saving.

Grant me the senility to forget the people I never liked,the good fortune to run into the ones I do,and the eyesight to tell the difference.

By tara_thesouthernpeach• 12 years 4 months ago.

Like you I don’t know. I just heard from a friend that there will be a side exhibition that will last only for a week!

Tallg - thanks for clarification. Initial offense taken because your post came across to me as a put down. No longer offended and moving on.

Genesis (or anyone else) - the side exhibition featuring pieces & antiques borrowed from other museums will be displayed until when?

Yes, as the first paragraph of the post says, it's open to the public on 1st December.

In the Cookies of Life, FRIENDS are the Chocolate Chips

eaglemmanuel - I did read your post properly. My comment was in reference to your first line; "I'll wait till the public's allowed in.". I wasn't aiming to offend you.

genesis - come on, you can't have everything. It's a wonder that there's any advertising at all given Qatar's track record on promoting things!

when it was being built...;P

"Your born, You Live, You Die, given this premise, one can conclude since we have no control over when we are born and when we die, the only thing that matters to us should be how we live, simple really?" Mis-Cat to her philosophy Lecturer.

What I really can’t understand, that how come there are no advertisements for the side exhibitions that will run just for a week from the opening. From what I’ve heard , the side exhibition will feature pieces & antics borrowed from other museums to be displayed exclusively as part of the opening. Shouldn’t they at least announce it, since it will be on for a short period?

Thanks tallg and gypsy I have planned to exhibit my work next year Insha Allah.and I will all QL members to visit. can u guide me which place is best

"If you haven't been invited to the opening party you don't have any choice but to wait until it's open to the public!"

Obviously. And if you had read my post properly, you'd notice I said I said I'll go in mid Dec. The doors open to the public on 1 Dec. Not bothered about getting "invited to the opening party". But interested to go visit the museum. Thanks for the info. I'm new and wouldn't really know what's happening around Qatar unless someone brings it up.

baldrick2dogs - I bet u'll be there with ur camera and a tripod. Hint hint - next QLPEST could be a museum outing. I'm gonna test by brand new Pentax SMCP-FA 50mm/1.4

By baldrick2dogs• 12 years 4 months ago.

Speak to Alexa. She's soon to put on a local show.

Did you Google it first?

Hey, I wasn't being nasty.

Gypsy's right, there are other galleries that may be more suitable. I'm sure she can provide you a list of contacts.

Now,now Tallg, The Museum will be promoting the local artists as well. However asad if I were you I'd go look at some of the smaller galleries in the area to showcase your work first.

i look forward to going and taking my kids to see this.

Ummm...no offence asad, but I'm guessing they've sourced all the art they need.

Have a read of the article and you'll see the scale of art they're exhibiting. Do "Some 1,000 major collectors and museum directors" usually come to look at your work? If so then perhaps they museum would be interested.

I am caligraphic artist working in Qatar can I gift my work for this Museum and how? 1st Dec is also my Birthday.

If you haven't been invited to the opening party you don't have any choice but to wait until it's open to the public!

I'll wait till the public's allowed in. Probably after mid Dec when I'm back in Doha. Crowd should normalize by then.

Still haven't gotten my act together for the QPO. Soon...

I'll wait till I've done everything else there is to do......

By GARNER VIOLET• 12 years 4 months ago.

i'l wait for the public sched

But good on you, make the most of it.

Got to agree with you there.. What was I thinking? :o)

This event is so strict I'm not allowed an escort. I'm actually surprised I got a ticket!

And to be fair, do you really think we'd be top of her list of potential "escorts"???

Surely we can come to an "arrangement" where my name appears on the list..

Alternatively, do you need an "escort" to the ball ?

Nope, there's no spares to this event I'm afraid. You have to be on the list. :D

to attend, enjoy and be delighted by this masterpiece and its contents.

lol, probably not baldrick. She also fell into the trap of taking the CIA population figure as being correct.

I hope the collection is as "enticing" as the building..

By baldrick2dogs• 12 years 4 months ago.

Can't wait, though I think I'll wait a week or so till the crowds die down!

Did you Google it first?

By Qatar Living·0·2 weeks 1 hour ago
Qatar Living speaks to the social media influencer and entrepreneur, Haneen Al Saify, to learn more about her journey since she started blogging.

By QL Videos·1·1 month 23 hours ago
Priced at QAR 280 per person, this brunch offers a wide range of savory and sweet dishes meant to delight the foodie in you. 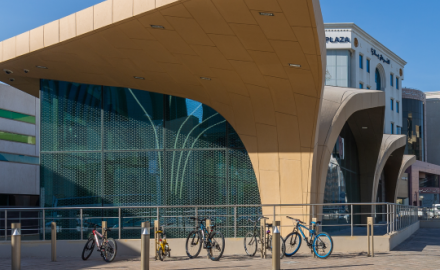 Qatar Rail announces the suspension of metro services during weekends 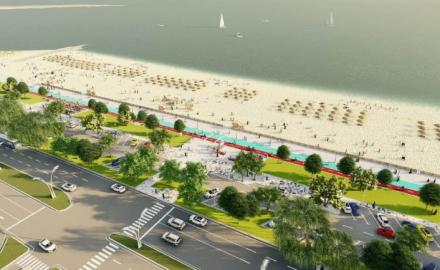 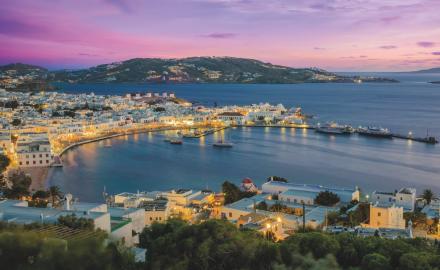