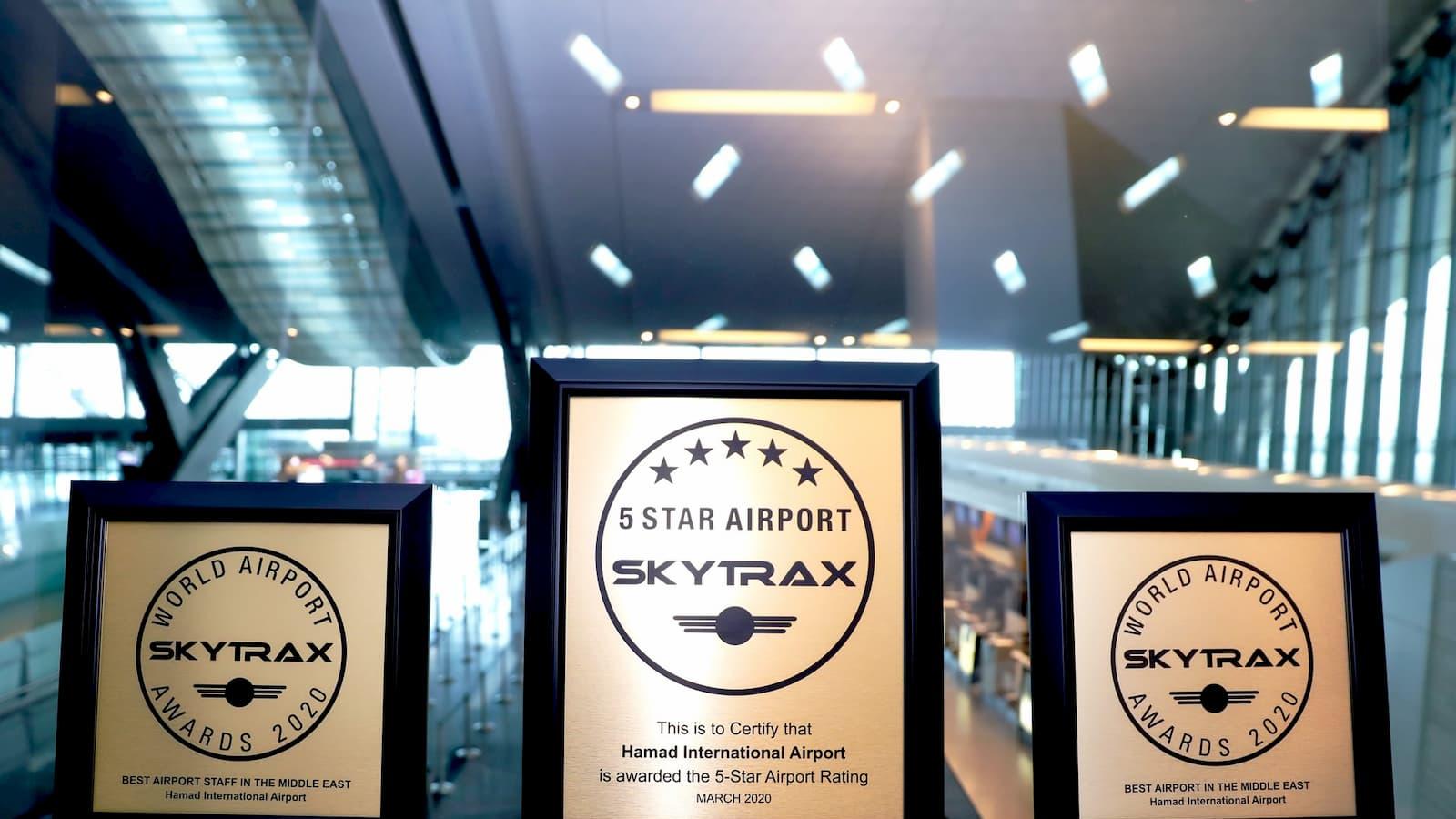 For the sixth year in a row, HIA has been declared as the "Best Airport in the Middle East,"  by the SKYTRAX World Airport Awards 2020.

In addition to this, HIA secured the title of ‘Best Staff Service in the Middle East’ for the fifth year in a row.

HIA also climbed another spot up in the world airport rankings from fourth-best in the world in 2019 to "Third Best Airport in the World" in 2020. The rankings involved as many as 550 airports around the world.

Singapore Changi Airport bagged the title of the World's Best Airport while Tokyo Haneda Airport was declared the Second Best, followed by HIA as the third leading airport in the world.

The Skytrax World Airport Awards are a leading recognition of quality for airports across the world.

This year's awards saw a virtual ceremony held live on YouTube. The results were based on customers' voting in a global airport customer satisfaction survey, according to CNN.

Commenting on the achievement, Badr Mohammed Al Meer, Chief Operating Officer at Hamad International Airport, said, “Every year that we move up the ranks is particularly rewarding as this honor comes directly from our passengers who have shared their experiences traveling through our airport through SKYTRAX surveys. Despite all the challenges that the aviation sector faces today, we are committed to our primary role of helping travelers reach their home countries safely." 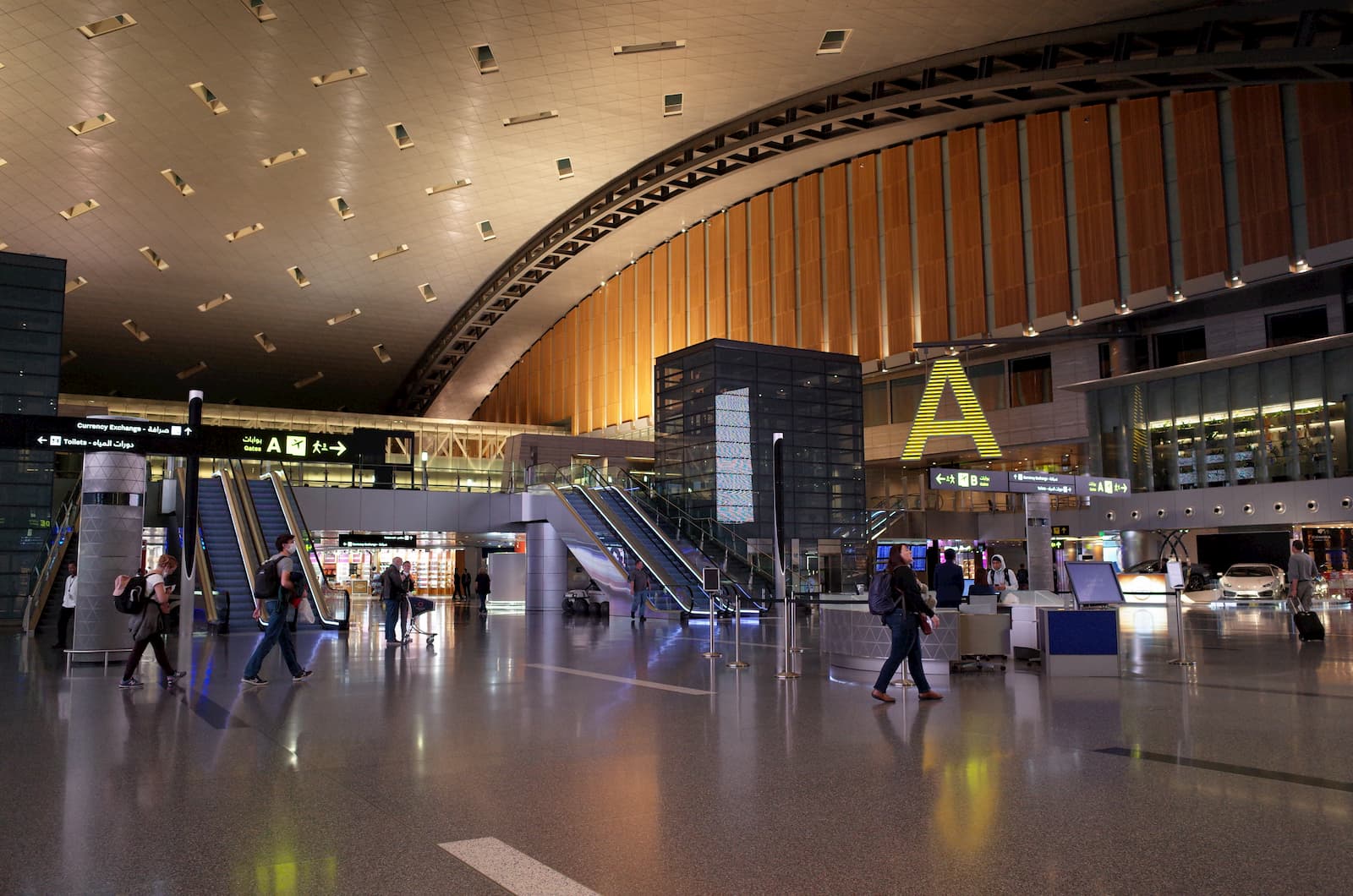 Chief Executive Officer of Skytrax, Edward Plaisted, commented, "Hamad International Airport continues to achieve a top position as leading, global hub airport and the staff and management should be delighted by this recognition from customers. In 2020, Hamad International Airport for the first time moved into the top 3 worldwide airports, which is a fabulous achievement."

In October last year, HIA shared details of ambitious expansion plans. As the airport aims to serve about 60 million passengers a year by 2022, it is focusing on adding several more features to boost capacity and enrich the overall airport experience.

This includes a spectacular 10,000 sqm indoor tropical garden in a central concourse coupled with a 268 sqm water feature as well as the construction of a new cargo terminal that will increase capacity handled to an estimated 3.2 million tons per year.

Additionally, HIA's expansion plans comprise an 11,720 sqm of landscaped retail and F&B space, which will enhance the multi-dimensional offerings of the five-star airport, as well as a 9,000 sqm of world-class Al Mourjan lounge.

Meanwhile, health authorities in Qatar continue to implement the highest level of monitoring, detection, and management procedures to deal with the virus, the public has been advised to follow certain measures to safeguard their health.

By QLNews·4·4 weeks 1 day ago
Qatar retained its position as the safest country globally as per the 2020 mid-year Crime Index by Numbeo.

By QLNews·4·3 weeks 6 days ago
The International Court of Justice (ICJ) today ruled in favor of Qatar, affirming that it is Qatar's right to challenge airspace restrictions imposed by neighboring countries Saudi Arabia, the United Arab Emirates (UAE), Bahrain and Egypt (“the Blockading States”) before the UN’s aviation body, the International Civil Aviation Organization (ICAO).

By QLNews·0·1 month 3 days ago
As a WHO Collaborating Center the Infectious Disease Epidemiology Group (IDEG) at WCM-Q will support WHO’s regional and global efforts to promote health and wellbeing.

By QLNews·0·1 month 3 days ago
Six Qatari artists have signed contracts with the Public Works Authority (Ashghal) to submit proposals for artworks and sculptures in various locations within the Development and Beautification Projects of Doha Central and Corniche.

By Qatar Living·3·3 weeks 6 days ago
Check out the video to learn the step-by-step procedure on how to make a Barbie Doll Cake by the 7-year-old! 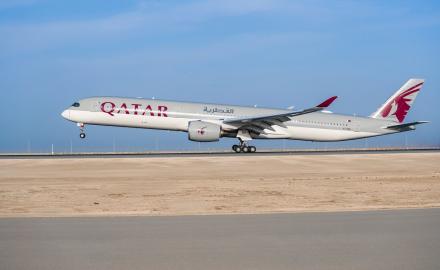 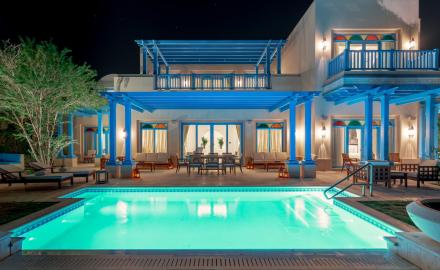