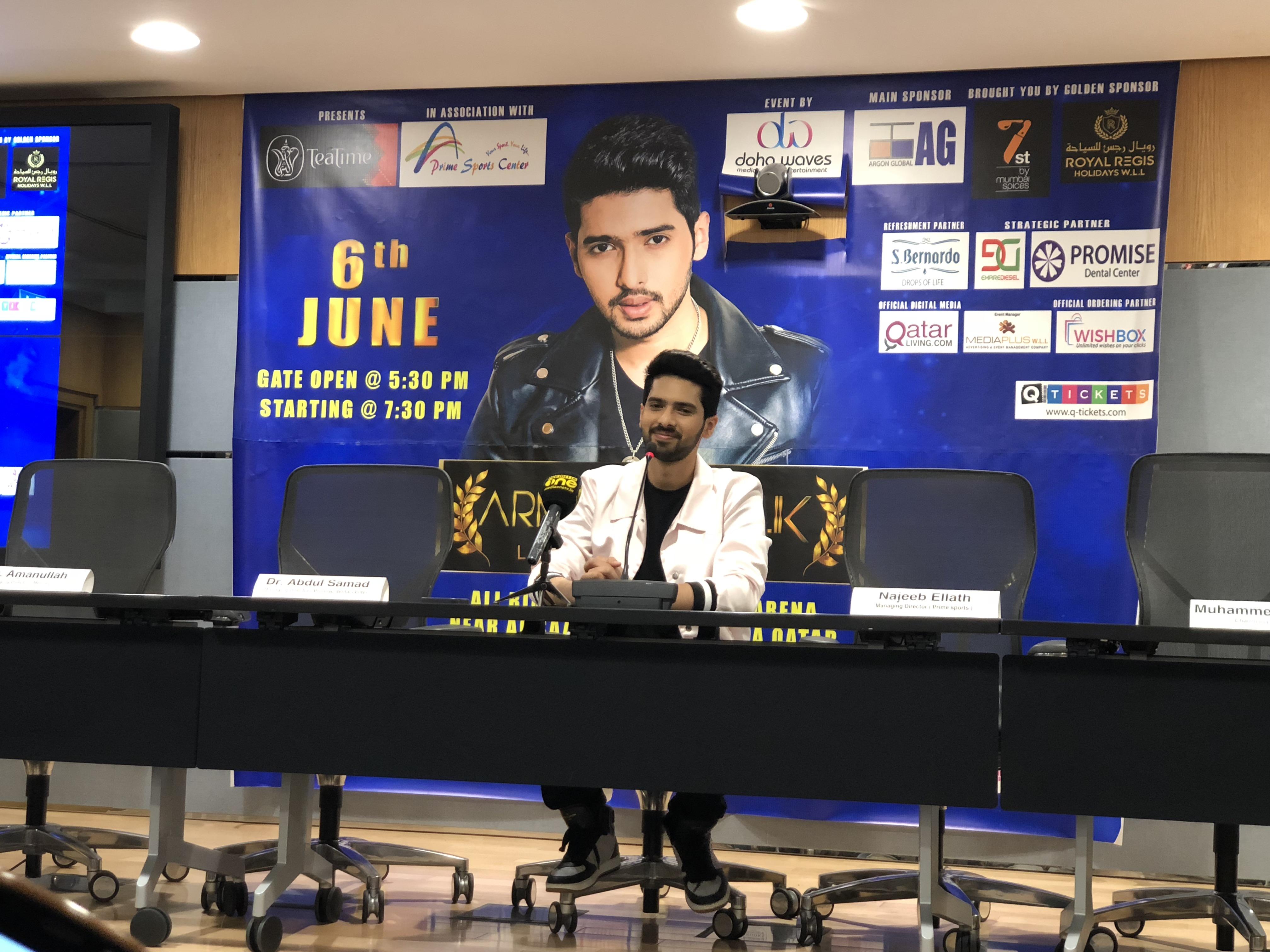 The 23-year-old singer is the voice behind many hit numbers such as Tumhe Apna Banane Ka, Wajah Tum Ho, Bol Do Na Zara and Main Hoon Hero Tera that earned him the prestigious Stardust Award in India.

The show will be hosted by Doha Waves, who will mark their 100th show with this event in association with Tea Time and Prime Sports Center.

Armaan Malik is known as "The Prince of Romance" to his fans. He is a promising young singer who has sung some of the hit songs for Bollywood movies. He also showcased his vocal talent in other Indian languages such as Malayalam, Tamil, Telugu, Kannada, Bengali, Assamese, Marathi, and Urdu.

He has gained a massive popularity in India and around the world and has been nominated 15 times  for the ‘Best Playback Singer-Male ‘and he won 11 awards from Filmfare, Global Indian Music Academy, South Indian International Movie, Stardust, and Mirchi Awards from 2015 onwards.

Doha Waves has previously organized concerts for Shreya Ghosal and Udit Narayan, which were tremendously successful! Thus, prompting them to host another dazzling playback singer from the Hindi film industry.

You can book your tickets online on www.q-tickets.com.

You can also purchase tickets from all the Tea Time branches from May 5, 2019.

The event is managed by Media Plus.

Qatar Living is the exclusive media partner for this event.

Persons appreciate shopping for amazing, appealing, fascinating and from time to time attractive aromas for them selves and pertaining to others. This can be executed conveniently along with inexpensively in an on-line perfume shop. pure CBD

Perfect materials as always you share with everyone, I love your posting stykle and must want to appreciate your posted stuff too.

Excellent article you have shared with everyone, Very important and wonderful post here. This post is very helpful for every visitor.

We really appreciate the kind of topics you post here and best work you have done, keep it up.

By JeffreyThomas• 2 months 5 days ago.

How can you tell which is the best product from the list on this site for best masterbuilt smokers?

I miss this event feeling not well to see this. Please mention when is next and where next event of armaan malik. Thanks forn it. I am going to bookmark your blog for upcoming posts. Rubber Matting

Big star at big place. I love you armaan malik you are the best singer. Please realese your new songs we are waiting of your work. Thanks  Playground Tiles

I am a fan of the Indian singer Armaan Malik. I always hear the songs of him on the YouTube and want to see his live shows in Dubai.bowlingballsguide.com

I am a fan of the Indian singer Armaan Malik. I always hear the songs of him on the YouTube and want to see his live shows in Dubai.bowlingballsguide.com